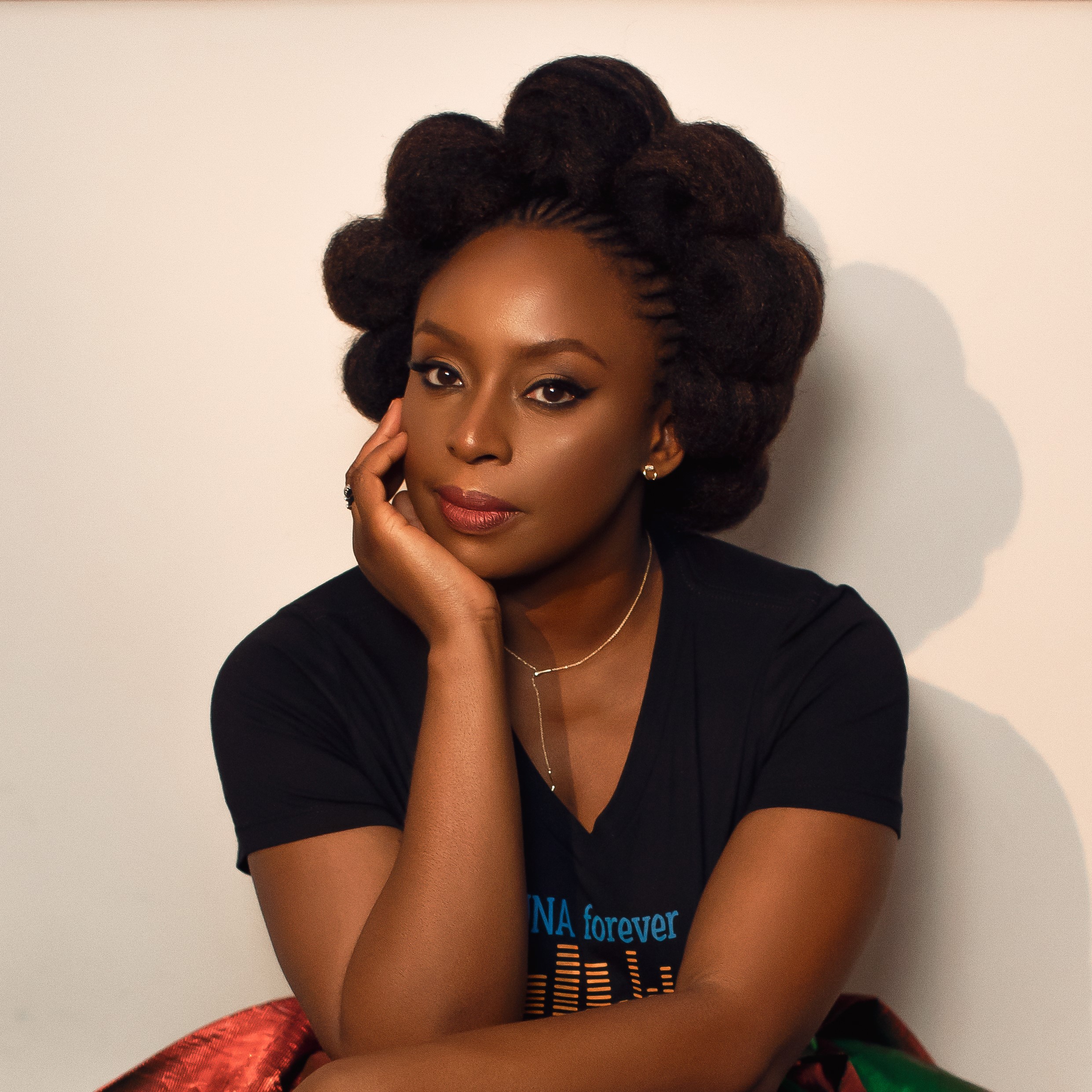 Ms. Adichie’s work has been translated into over thirty languages. Her first novel, Purple Hibiscus (2003), won the Commonwealth Writers’ Prize, and her second novel, Half of a Yellow Sun (2006), won the Orange Prize. Her 2013 novel Americanah won the US National Book Critics Circle Award and was named one of The New York Times Top Ten Best Books of 2013. A story from her collection, The Thing Around Your Neck, was awarded the O. Henry Prize.

Her most recent work, Notes On Grief, an essay about losing her father, was published in 2021. Ms. Adichie was named one of TIME Magazine’s 100 Most Influential People in the World in 2015. In 2017, Fortune Magazine named her one of the World’s 50 Greatest Leaders. She is a member of both the American Academy of Arts and Letters and the American Academy of Arts and Sciences. Ms. Adichie divides her time between the United States and Nigeria, where she leads an annual creative writing workshop.